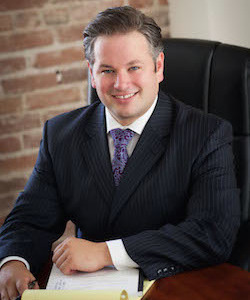 Client Name: Doe v. Utility Company
Citation : Confidential
Year: 2015
Our client was a passenger on a motorcycle, which was involved in an accident with a utility company truck. The traffic collision report solely blamed the motorcyclist. However, upon visiting the scene and viewing the physical evidence, we determined that the utility truck bore the majority of the responsibility. After filing a lawsuit, and gathering the essential evidence and testimony, we obtained a confidential settlement of $6,015,000

Client Name: Doe v. Government Owned Vehicle
Citation : Confidential
Year: 2015
Our client was severely injured when a run-away government owned vehicle caused a chain reaction accident. Our client suffered a low back injury resulting in one surgery. We obtained a confidential settlement of $1,800,000.

Client Name: Jose A. v. Plastering Company
Citation : Confidential
Year: 2014
Our client was injured while he was working on a scaffold that fell. California law prevented him from having a full recovery from his employers. We were able to show that the general contractor and two sub-contractors were also at a fault. Despite the clear negligence of our client’s own employer, we were able to obtain a settlement of $1,650,000

Client Name: Michael H. v. Confidential Auto Auction
Year: 2014
Mr. Holley was walking between two vehicles at an auto auction when a negligent driver pinned him in between the two vehicles. Initial he only had moderate injuries. However, from talking to the client, and getting to know him more throughout the litigation, I had a suspicion that he had a more serious nerve disorder which at that point had not been diagnosed. He brought this two his doctors attention, wherein tests were preferred and confirmed my diagnosis. Once we were able to establish that the disorder was properly diagnosed, and that it was caused from the accident, it increased the settlement value by more than 10x. A settlement was reached in the amount of $1,600,000.