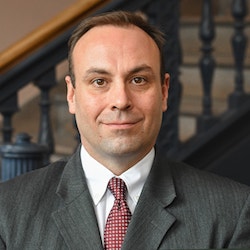 Personal Injury Practice - See his profile in the Justia website for KJC Law Firm for detailed description of practice.

John is an adjunct faculty member at Suffolk University Law School, where he teaches trial practice, evidence, and civil/criminal procedure as Principal Coach for the school’s National Trial Team. The National Trial Team is the most successful law school mock trial team in New England and is widely regarded as one of the top trial advocacy training programs in the country. John believes that “the best way to learn something is to teach it” and that “if you can’t explain something simply, you don’t understand it well enough.” As a result, teaching trial practice to young students is not only rewarding in and of itself but it helps him to improve his own practice and provide better representation for his clients.