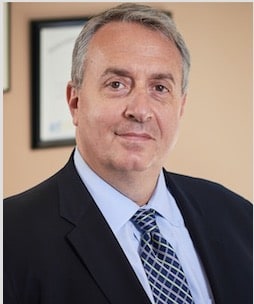 Mr. Sakkas began his law career as an associate at well-known insurance defense law firm where he defended clients primarily in premises liability and construction accident cases. After several years working on the defense side, Mr. Sakkas joined a plaintiff's law firm where he was responsible for prosecuting a wide variety of personal injury cases from intake through trial as well as preparing and arguing appeals.

In 2000 Mr. Sakkas opened his own law firm concentrating on plaintiff's personal injury practice and worked in an "of counsel" capacity to other law firms, where he conducted depositions, tried cases and prepared and argued appeals. In 2005 Mr. Sakkas and Mr. Cahn joined their practices. In 2008 they merged their practice with Mr. Weiss, forming the partnership of Sakkas, Cahn & Weiss.

Following the attacks of 9/11 Mr. Sakkas participated in the Trial Lawyers Care initiative where trial lawyers volunteered their services to represent the families of victims of the attacks. Mr. Sakkas successfully represented the family of a woman who died in the attack on North Tower of the World Trade Center.

Some of Mr. Sakkas' noteworthy appellate cases include the following: