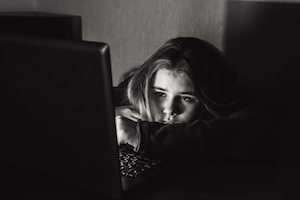 Lawsuits have now been filed across the country against Meta Platforms, Inc., the parent company of Facebook and Instagram. These companies have been manipulating young people for years, have been using psychological tricks to persuade increased use of their products, and have long failed to protect thousands of young and at-risk users. Their failures were intentional. We now know that defendants were aware for years that their products, and how they were promoting them, were dangerous to young and impressionable children and teenagers. Even though they had this information right in front of them, the executives at Facebook, Instagram, and Meta have continued to use these tactics to grow their profits.

What Did the Social Media Giant Meta Know About Their Platforms’ Harmful Effects on Our Mental Health?

Facebook was developed by Mark Zuckerberg in 2003 as a social network only available for use by students at Harvard. At that time, they called it called FaceMash. Its initial purpose was to rate the attractiveness of female students by comparing them to one another. The culture of body shaming and negativity on Facebook clearly started from the ground up. In 2006, Facebook became available for the general public and quickly took over as the most popular social media site around. In 2012, Facebook acquired the photo sharing application Instagram and spread their reach even further.

On October 5, 2021, a whistleblower from Facebook testified before the United States Senate. She detailed how Meta knew that their programs were causing psychological harm to youth, and still ignored this information. They continued their methods to promote extended use of their social media websites and took advantage of the harm they were causing. The whistleblower produced documents to support her evidence and exposed Facebook, Instagram, and Meta for their negative impacts on society.

A JAMA Psychiatry investigation published in 2019, found that teens who use social media more three hours per day are at an increased risk for mental health problems. After the study, the teens showed internalizing problems, like self-esteem problems, negative self-talk, and depression. There were also externalizing issues, such as bullying and attention seeking. There are many other studies available with similar results recommending moderation of time spent of social media and increased focus on social media literacy.

At the Neumann Law Group, we are currently offering free consultations to those who have suffered from mental health crises due to the use of Facebook, Instagram, and Meta. These illnesses include depression, anxiety, eating disorders, body dysmorphia, self-harm, suicidal ideation, attempted suicide, or any other mental illness experienced

For a consultation with a social media injury lawyer in Grand Rapids or Traverse City, call us at (800) 525-6386 or complete our online form. We also can assist people who have suffered harm from mass torts, class action, or personal injury.