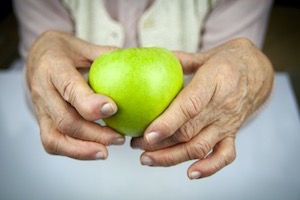 Xeljanz is a medication that was approved by the Food and Drug Administration in 2012 as a treatment for Rheumatoid Arthritis (RA). It was later approved to treat Psoriatic Arthritis and Ulcerative Colitis. Janus kinase (JAK) is a protein that maintains the inflammatory response in Rheumatoid Arthritis and this medicine is known as a Janus kinase (JAK) inhibitor. Suppressing the immune system through these proteins can calm the pain, swelling, and other ailments caused by arthritis. Despite being considered highly effective, there are many side effects, and it was eventually found that Xeljanz can be very dangerous and sometimes deadly.

What Is Rheumatoid Arthritis?

When the immune system attacks healthy cells, you have what is called an “autoimmune disease”. The most common areas affected by RA are the hands, wrists, and knees—resulting in severe pain, swelling, loss of balance, and deformity. These symptoms can be long-lasting or even permanent. There is no known cause of RA, but there are some genetic and environmental factors thought to contribute to a person’s risk. These include age, sex, smoking, and obesity. The main treatment for arthritis is medication used to suppress the immune response. Maintaining a healthy life including diet, exercise, and quitting smoking can also help with the symptoms.

Xeljanz is made by Pfizer, which is one of the most successful drug manufacturers in the world. It is believed to be one of the most heavily marketed drugs ever. You very likely have seen one of the commercials on television. Resulting in billions in dollars in revenue, Pfizer and Xeljanz continued to profit while hundreds of thousands of their patients suffered. Pfizer has aggressively advertised Xeljanz as a safe alternative to other medications used to treat arthritis; however, there are many different risks.

Complications From Xeljanz - What to Look for: FDA Black Box Warning

Once the FDA approved Xeljanz for consumer use, it required that Pfizer conduct a study to determine the safety of the medicine related to cardiovascular health. It was discovered that taking Xeljanz indeed did increase the risk for serious complications including blood clots in the lungs (known as a pulmonary embolism), and even death.

Xeljanz is prescribed in two different doses: 10 milligrams twice a day or 5 milligrams twice a day. They found that the higher dose was the concern and they found that those taking the higher dose faced almost double the risk that than those taking the lower. This is strong evidence that Xeljanz was connected to heart attack, stroke, blood clots, cancer, and other conditions. In July 2019, the FDA announced that the 10-milligram dose was no longer approved for arthritis.

At this time, the FDA issued what is known as a black box warning associated with Xeljanz. These are the most serious warnings placed on medications to notify people of the significant dangers that could potentially occur from using them. In summary, the black box on the Xeljanz label warns of the following:

It is worth noting that Pfizer still has not updated its warnings to identify which types of cancer to be watching for other than lung cancer and lymphomas. Xeljanz is also believed to be associated with breast cancer, colon cancer, prostate cancer, and pancreatic cancer.

Our team of lawyers are here to help provide guidance if you have been injured or have lost a loved one due to the negligence of Pfizer and their dangerous drug, Xeljanz. Hundreds of thousands of people have been prescribed Xeljanz since 2012 and specific criteria must be evaluated before a legal claim can be considered:

Pfizer had the duty to fully research and evaluate Xeljanz and to warn their patients about the risks versus the rewards of taking it. Lawsuits will allege that Pfizer failed to do the proper research before releasing Xeljanz, failed to follow through on necessary studies related to cardiovascular risks, failure to warn about significant health, and failure to issues recalls or safety warnings.

Schedule a Free Consultation With a Dangerous Drug Attorney in Michigan

At the Neumann Law Group, we are currently offering free consultations to people who have been diagnosed with blood clotting and other serious health issues thought to be related to taking Xeljanz or any other dangerous with design, manufacturing, and marketing defects. We also can assist people who have suffered harm from defective medical devices, consumer products, or mass torts. For a consultation with a Xeljanz injury lawyer in Grand Rapids or Traverse City, call us at (800) 525-6386 or complete our online form.